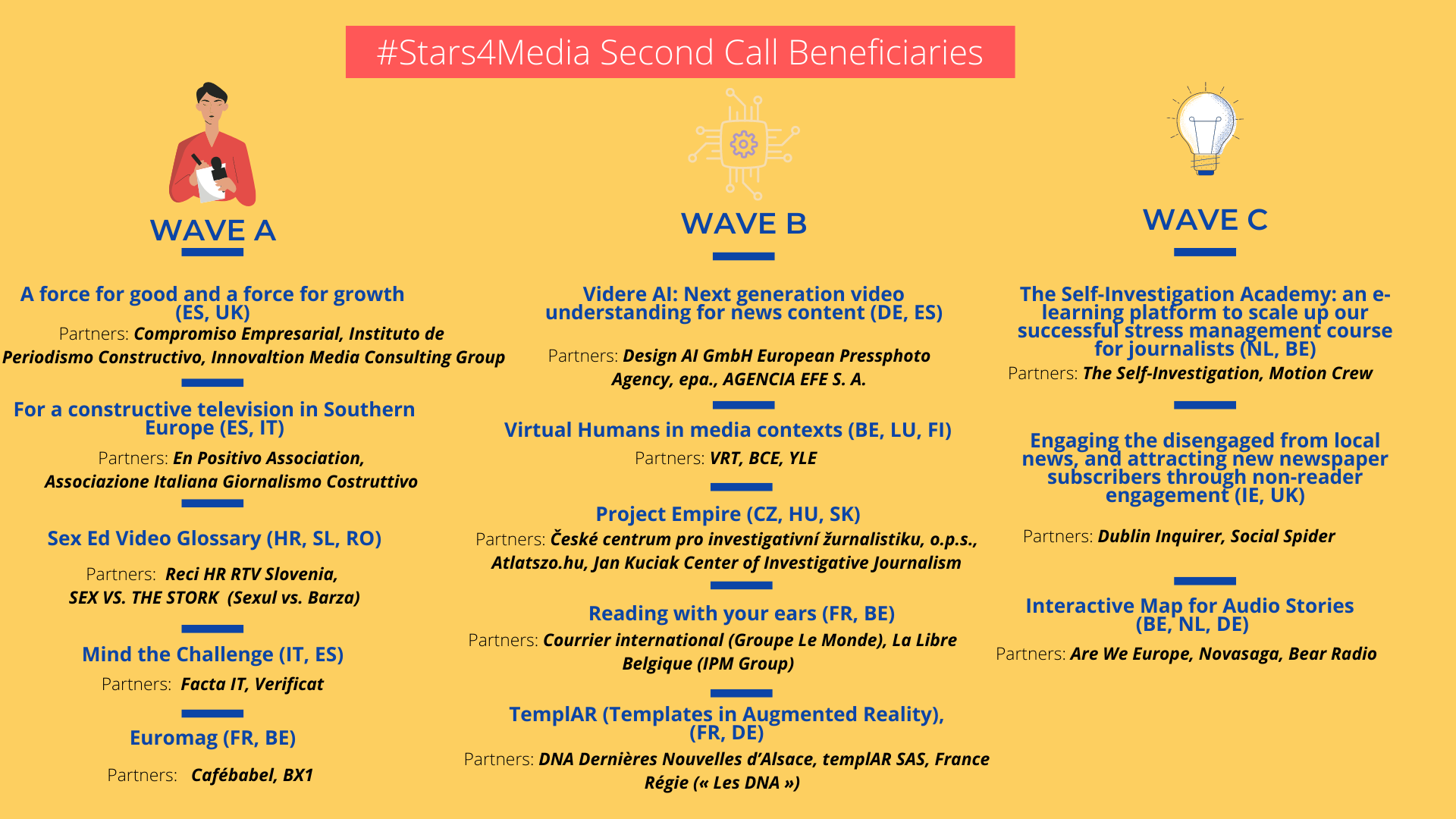 After two rounds of jury evaluation, the Stars4Media is proud to announce the 185 media professionals, grouped around 30  initiatives involving  76 media organisations selected as the beneficiaries of the programme’s second edition. The media partners will now put their projects and ideas into practice, benefitting from co-funding for their innovative proposals while cooperating across borders. The selected initiatives were chosen from the total of 101 submissions, across two Calls for Initiatives. The first call resulted in 17 winning initiatives , the overview above summarizes the Second Call next 13 winners.

“From the 101 proposals received, many more than 30 were innovative and relevant, we hope some others will come back for future competitions’’  stated  prof. Luciano Morganti of VUB, and Stars4Media Project Coordinator,  adding “A whole set of criteria helped to make these difficult choices. The three juries were chaired by VUB, WAN-IFRA and EFJ, and I thank all jury members involved”.

The current, second edition of the Stars4Media programme was launched during the Media4Europe conference that took place on 3rd March 2021. The Conference opened with a speech from Commission VP Jourova who stated “The project called Stars4Media is a great example of collaboration to develop innovative ideas’ . The selected projects will be presented at the next Media4Europe event, on September 23.

Christophe Leclercq of Europe’s MediaLab, the Stars4Media initiator, highlighted: “Innovative journalism partnerships are expected to start tackling business sustainability. Our hope is that Stars4Media will help some media companies to embark on full business transformation.”

The 30 Stars4media Initiatives will introduce themselves over time. Make sure to follow Stars4Media on Twitter to stay tuned regarding future Stars4Media winners!