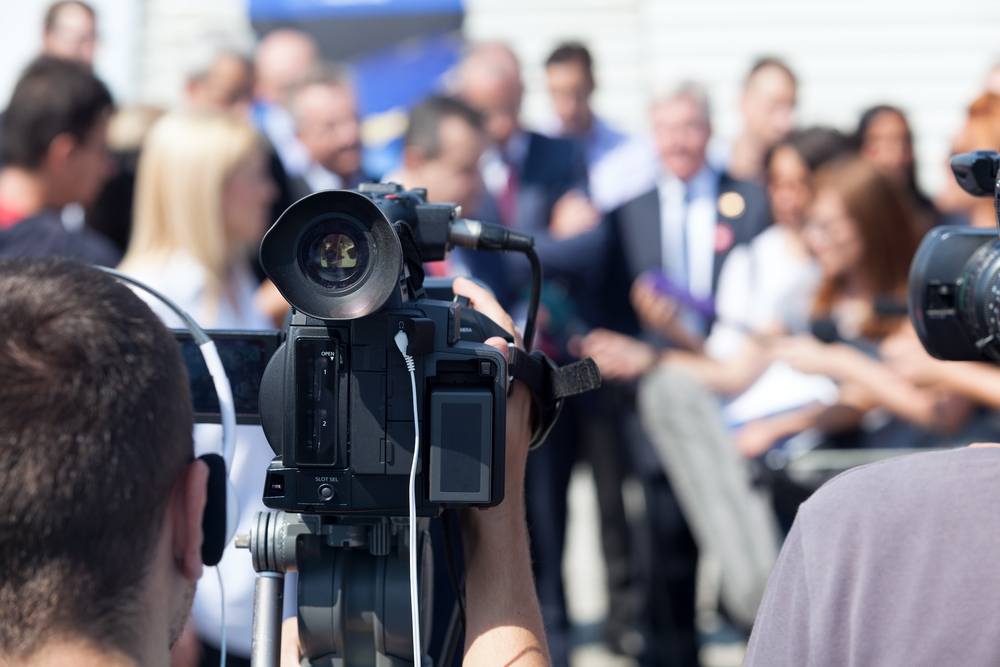 On 3 March 2021, the Media4Europe Summit gathered 200 media professionals, key policymakers and publishers,  around the theme “Towards a healthy news media sector?”. The event was also the official launch of the second edition of the Stars4Media innovation exchange programme, and served as policy background for a strategy study on content sharing across borders. The main takeaways are:

The High-Level Policy session started with a keynote speech by Věra Jourová, European Commission Vice-President for Values and Transparency. She offered a comprehensive approach to support the media, addressing the threats to sustainability and media freedom. The Media and Audiovisual Action Plan includes NEWS – the initiative gathering all relevant funding opportunities for the News Media sector, inspired by the MEDIA programme for audiovisual and films. A previous Media4Europe event, held last October with the same partners, advocated such a NEWS bundle, in tune with MEPs and media policy experts. Věra Jourová also mentioned the Stars4Media project as a great opportunity to develop innovative ideas. The Vice President concluded her speech by stressing: “All this taken together will create a fairer, healthier environment for the media sector which is highly needed. For the first time, we address both the democratic and economic dimensions. (…) And finally, we address the powerful, too powerful, role of online platforms – which in many ways put independent media at a disadvantage.”

Fernando de Yarza López-Madrazo is President of the World Association of News Publishers (WAN-IFRA), and publisher of Henneo (Spanish regional press and MediaTech). He pointed out that: “The Media & Democracy Action Plans plus draft legislation on digital markets and services are important to enhance media freedom, and to put the media in a better position to negotiate with tech giants. As for EU funding, it is welcome and should require light administration, reflecting that most News Media are medium-sized companies”.

José Manuel Sanz Mingote, Director of EFE news agency explained that “the crisis has also had a positive effect: highlighting the importance of truthful and non-partisan journalism. At EFE we give the highest priority to investment in technology, we aim at full digitalisation.”

Christophe Leclercq, founder of EURACTIV Media Network & Europe’s MediaLab: “We need a strategy to rebalance the information ecosystem between social media giants and media: competition rules, DSA, DMA, all this is important. We also need better innovation and cooperation skills, and better infrastructure, for example for content sharing. Strategy, skills and infrastructure: these are the three legs of Media4Europe.”

Then a discussion regarding private and public funding for the media took place. Lucia Recalde Langarica, Head of Unit Audiovisual Industry and Media Support Programmes at the European Commission, stated: “For the very first time there will be a dedicated funding envelope for News Media activities. Under Creative Europe, the focus will be on transnational collaborations.  We would like to launch the first calls on journalism partnerships in June. In addition, under Invest EU, we will work with philanthropic institutions, not only on news media but on all activities with a strong social impact.”

MEP Margarida Marques (S&D, PT) MFF Rapporteur, added: “Under Creative Europe, there will be a budget of 2.2 billions to support the cultural and creative sector, 33% of the budget will be allocated to cultural initiatives, 58% for media, 9% for cross-sectoral actions. The European Parliament asked at least 2% on the recovery and resilience facility financed by NextGen EU to be allocated to culture.”

Helga Trüpel, former MEP (Greens, DE)) highlighted that “We need European laws and narratives on digital markets to fight disinformation and to have quality news on the internet”. She stressed that this regulation should critically assess the role systemic platforms play in the ecosystem.

Miguel Castro, in charge of Media Partnerships for the Bill and Melinda Gates Foundation, stated on behalf of the philanthropy sector the debate: “We try to be catalytic, to build bridges with the civil society and the media, fill the gaps that the institutions and the market don’t fill: local news, niche thematic areas.”

Another part of the event’s programme was dedicated to launching the Stars4Media Second Edition. Luciano Morganti, Professor from VUB, Project Coordinator of Stars4Media stated: “With the second edition of Stars4Media, we became more ambitious: more quality, a higher level of cooperation, outstanding results. Innovation through collaboration is key for the future of the media industry”.

This session also debated how start-ups, incubators, and tech companies could help to build trust in media. Lina Timm, CEO of Media Lab Bayern, explained that the media need to understand start-ups, and that projects like Stars4Media help to connect, investigate ideas and push in the needed direction.

Trees De Bruyne, start-up coordinator from VRT Sandbox, emphasized that it is necessary to have a safe environment where beginners can test and develop their storytelling skills, to be able to sell products.

On technology for newsrooms, Andreas Marckmann Andreassen, Head of News at Journalisten, stated that media professionals have to know algorithms and how they work, adding that journalists don’t need to know how to code, but everyone needs fundamental data literacy.

Agnes Stenbom, responsible Data and AI Specialist at Schibsted, added that collaboration between journalists and developers is an essential ingredient, and therefore the Stars4Media project can have a great impact on finding and bringing together cooperations.

Sebastiaan Van Der Lans, CEO & Founder of WordProof and Chairman of the non-profit “Trusted Web Foundation”, underlined that we need to fix the Internet to get more transparency and accountability.

BACKGROUND AND NOTES TO THE EDITORS:

More info on the Stars4Media innovation exchange for media professionals: