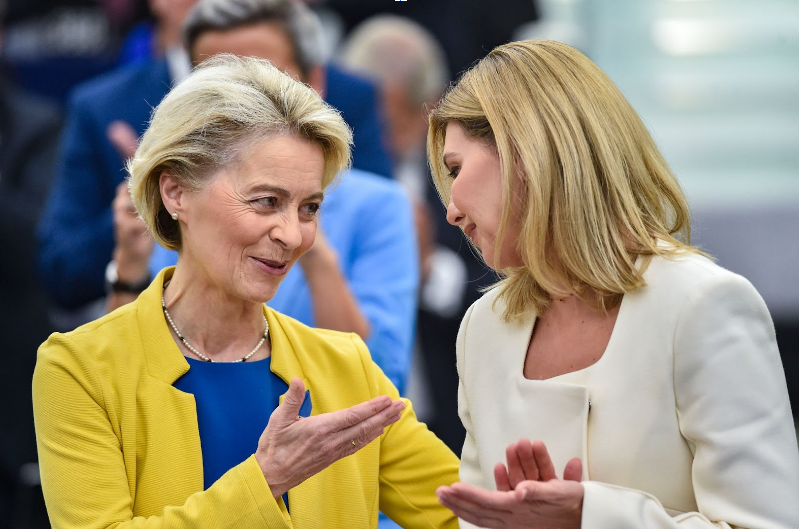 This press release is also available in Ukrainian and in Russian.

The war in Ukraine highlights the acute need for a free media ecosystem, and for cross-border media cooperation: two key points of the EU draft Media Freedom Act. Dramatic news and limited funding mean no time for innovation and collaboration. Tomorrow’s information spaces may help prevent hatred and aggressions, only if the media sector is healthy. The new crop of Stars4Media winners is a practical step in that direction, gathering around Ukraine 10 companies under 5 projects.

This media sector strategy is supported by a number of programmes, fostering media resilience while delegating decisions to media experts. ‘Journalism Partnerships’ is a key EU action, initiated from the NEWS initiative of the December 2022 Media and Audiovisual Action Plan . Stars4media NEWS is the largest programme in this area, and just announced its jury decision for the third round, made on September 13.

VUB Prof. Luciano Morganti, chair of the Stars4media jury, said about Eastern European winners: “Like during the Covid crisis, Stars4Media meets the changing needs of the media sector. Our ‘NEWS’ Call from May 2022 considered reserving 2 slots out of 14 for projects targeting Eastern Europeans. Actually, this informal ‘quota’ was not necessary: five projects involving the East have been selected by the jurors. This is great: more than one third for Eastern Europeans!

Christophe Leclercq, founder of Europe’s MediaLab, outlines his motivation: “Disinformation allows Putin to fight a war without much internal opposition yet. Even a possible replacement could also feed on extreme nationalism. As a Frenchman, I know that one war with a neighbour can lead to another one: France and Germany had three major conflicts within 70 years. Can we help avoid the next war in Eastern Europe?”

As Stars4media initiator, the MediaLab leader sees the need for media transformation: “Debunking fake news is currently supported by aid for Ukrainian media, plus Russian and Belarus exile media. This is good but may dwindle again, once attention and subsidies move to other crises… Hence we need to make Eastern European media ‘sustainable’. Now! “

The Stars4Media jury selected fourteen projects.  They are proposed by 29 media companies, under two tracks: business and newsroom transformation.  The five ‘Eastern European’ projects are:

Three projects are under the ‘newsroom transformation’ track:

Sevgil Musaieva, Editor-in-chief at Ukrainskaia Pravda, expressed her support: “The plan is to produce and distribute reliable information to various Eastern European audiences, by means of explanatory journalism about the ongoing Russian war against Ukraine and its repercussions.”

Zakhar Protsiuk, Chief Development Officer from the Kyiv Independent declared: “   Building strong partnerships between Ukraine and global value-driven business is one of the strategic goals for the Kyiv Independent. We are excited to participate in the Stars4Media program and grow in this direction together with our partners.  “

The Media Freedom Act aims at increasing cross-border investments, to strengthen the sector’s revenues and press freedom. This is part of the ‘Defence of Democracy’ package, announced on September 14 by the President of the European Commision, Ursula von der Leyen. At the time of EU enlargement in 2004, there was more Western media investment in Central Europe, later replaced by governments’ and oligarchs’ interference. Together, policies, media transformation and cross-border cooperation can together all help reverse the worrying trend.

The growing participation of Ukrainian and “democratic” Eastern European media in Western cooperation projects should accelerate the convergence with European democracy and transparency values. Regarding EU candidate Ukraine, this comes in parallel to approximation of national media law with existing EU regulations, plus the upcoming Media Freedom Act. This work is already under way.

This press release is also available in Ukrainian and in Russian.

Note: Given censorship and security risks in Russia and Belarus, for the purpose of Stars4Media,  ‘Eastern European’ projects are defined as either involving a Ukrainian partner, or focusing from another country on an Eastern Slavic language (Ukrainian, Russian, Belorussian). Eastern Europe, as defined here, does not include Central Europe, for which other Stars4media projects won.

The notion of ’Eastern Europe’ used here is a geographic and linguistic one, not a political one. Ukraine is recognised as official candidate to EU accession. Belarus is handled by the EU under ‘neighbourhood policy’, while Russia has/had an association agreement, but the relations of both countries with the West are being downgraded.

Other programmes like the European Media and Disinformation Fund (EMIF) have moved forward to sustain media activities and fact-checking during this ongoing war.

In  OpEd on media freedom, just after the war started, the think tank Europe’s MediaLab stated: ‘Media leaders could seize industrial, policy and budget opportunities, beyond the basic democracy principles, with a view to bolstering media resilience.’

This programme is co-founded by the European Commission Journalism Partnerships Call. Other programmes to support media transformation and also fact checking exist, which are mentioned in this editorial. Further thoughts on how to increase impact and cooperation between public, corporate and philanthropic funding.

As the next step, winners get ready for the Stars4Media Kick-Off meeting on October 13, marking the official launch of the programme.

The companies originally applying are mostly medium-sized (between 25 and 200 employees) followed by large (with more than 200 employees), and smaller numbers from small companies (less than 25 employees). Amongst the 14 winners there are 16%  large companies, 34% medium-sized and 50% small companies, counting project initiators and partners. We are looking forward to working with them as well as seeing their results. The selected projects are geographically balanced: 31%  Western Europe, 13% Southern and 34% in Central / Eastern Europe, 22% Northern Europe.